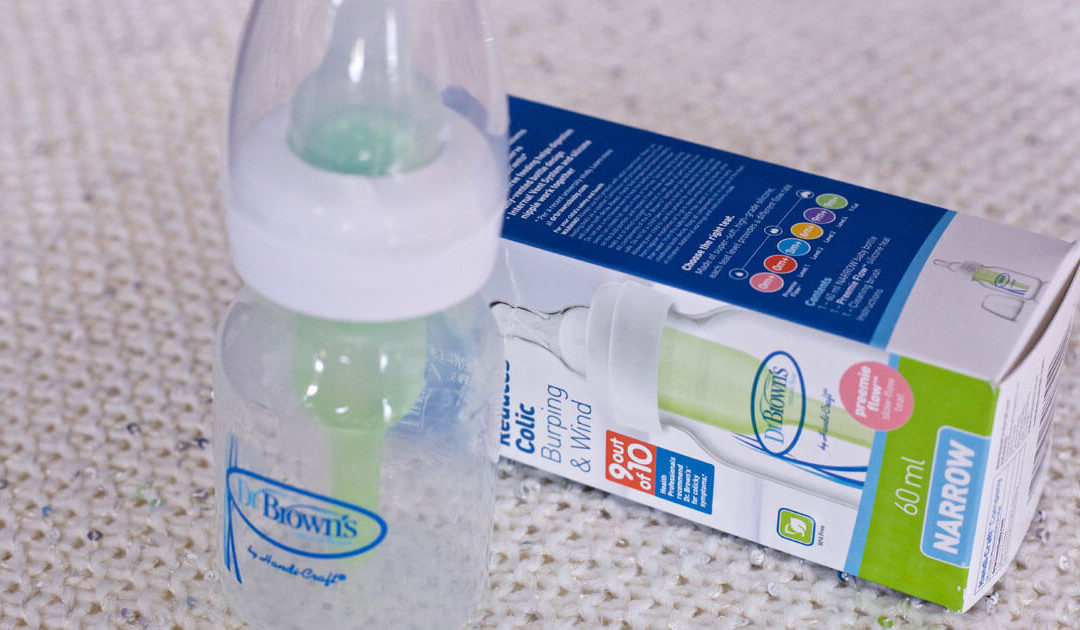 Our baby was born at just 35 weeks and we struggled to find a teat that he could get on with. We tried a range of specialised teats from the hospital including premature and orthodontic teats. We did find some joy with the orthodontic teat but the issue was that they were disposable and we were running out of them fast.

Baby was still a little to weak to build the energy to latch on and get any milk from breastfeeding. We needed to find something that was small enough to fit in his mouth and soft enough for him to be able to get any formula or breast milk from. We searched all over the internet and the usual high street shops. Eventually we found something that really did the job well.

We found a lot of luck with Dr Brown’s Preemie Bottle, the teat is perfect for smaller babies because its very soft and a manageable shape and size. The teat is a much slower flow than standard teats, this gives baby a chance to drink at their own pace. The bottle holds 60ml of formula or breast milk which is a perfect amount for premature babies. Its small which is good for sterilising space but large enough to hold a full feed and a little extra for accidents. Another bonus is that its internal vent reduces burping and wind which was great for our little man because he was very prone to getting it mid-feed.

The internal vent while clever does prove to make the bottle a little more fussy to clean with a couple of extra plastic bits. But you are provided with a small bottle brush that makes cleaning it as easy as possible.

This premature baby bottle costs around £6.50 – £7.00 which can seem quite expensive when compared to much bigger bottles from supermarkets or shops like Wilkinson. But the bottle is specifically designed from premature babies, so practically it may not last for ages, but in the short term it was well worth the money.

Breastfeeding was the long term goal for feeding but in the interim we needed to get our baby from NGT (Nasal Gastric Tube) to a bottle. As far as premature baby bottles and teats go, this was a god send for us to get our boy bottle feeding at home.